The last time anyone other than Alabama finished with Rivals’ No. 1 class, it was the Trojans of USC. The Men of Troy, then led by Lane Kiffin, ended Alabama’s then two-year streak of recruiting national championships by edging out Florida as the Tide finished a rare fifth.

Alabama bounced back to win the next four titles, but the Tide was dethroned again by USC on Wednesday.

“It’s a great class,” said Rivals.com National Recruiting Director Mike Farrell. “USC just hit so many needs. For the second time, USC has interrupted a big run at the top by Alabama. In just his second Signing Day as the head coach, Sark has done a tremendous job keeping a lot of the major California talent home and also reaching out into other areas to supplement it.”

USC ended with 3,193 points in Rivals’ admittedly confusing points system, just ahead of Alabama’s 3,034. It’s the second-highest score in the system since Nick Saban‘s run of dominance began in 2008.

Here’s a screenshot of how the top 10 shakes out. 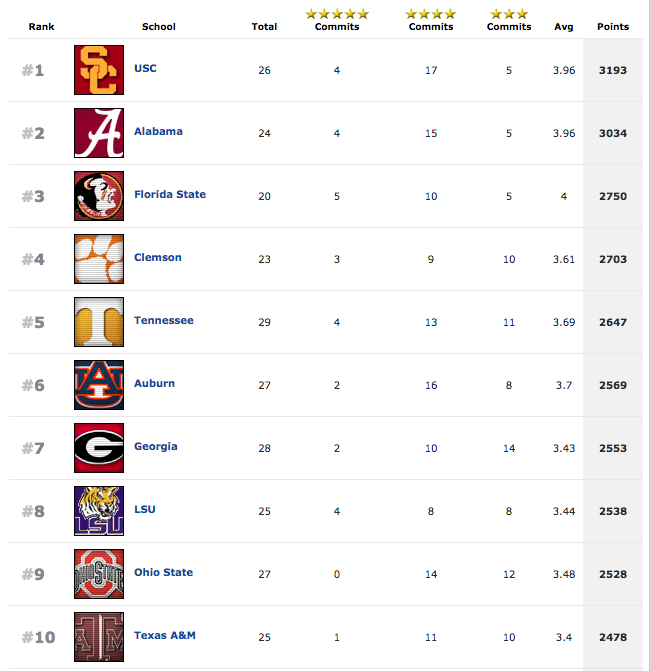 The ACC claimed two of the top four spots, and defending national champion Ohio State checked in at No. 9. The other six spots? All SEC.