When Bovada.lv released its odds in May on who will win the 2015 Heisman Trophy — and even the previous release in January — Ohio State’s Ezekiel Elliott was the favorite. Now, though, those odds have changed and there’s a new favorite.

In the odds released by Bovada Tuesday, TCU quarterback Trevone Boykin is listed as the favorite at 6/1. In May, those odds were at 15/2, the same as in January.

Elliott, meanwhile, saw his odds slip a bit, going from 6/1 to 7/1. Most interesting, though, are the odds for three of the running back’s Ohio State teammates.

Below are the complete set of July Heisman odds, again courtesy of Bovada.lv. 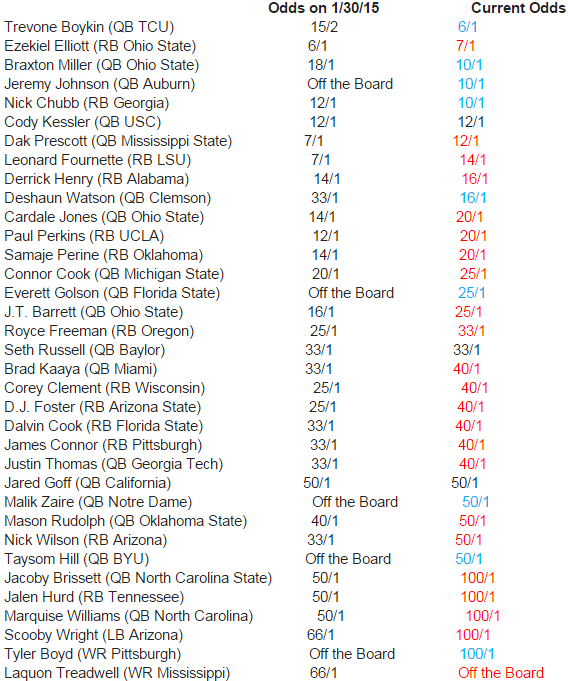