It appears Ole Miss’ off-field issues laid bare for the country to see over the weekend had little or no impact on Hugh Freeze‘s focus on a golf course.

At the 2016 Chick-fil-A Peach Bowl challenge in Greensboro, Ga., Freeze and his Ole Miss partner, former Rebel tight end Wesley Walls, pulled away from the field of 13 FBS head coaches and their partners to claim a two-shot win.  Moat impressive was how the Rebel duo pulled away as Freeze holed an 8-iron from 150 yards on the par-four 14th for an eagle, then the team proceeded to rip off four straight birdies to close out both the round and a trio of teams that finished at -11 –Georgia (Kirby Smart/David Dukes), Georgia Tech (Paul Johnson/Jon Barry), North Carolina State (Dave Doeren/Terry Harvey).

“The ball was jumping off my irons and I knew I hit it good,” Freeze said of the holed-out shot that jumpstarted the birdie binge. “Then Wesley said he thought he saw it disappear. I thought it was long but I started walking to the hole pretty fast and found out it went in. That’s when we thought we had a chance.”

Freeze’s heroics helped win his team $100,000, with that total being split evenly between endowed scholarships at the universities and foundations or charities of the coach’s choice.  Those heroics also kept the Georgia Tech team of Johnson and Barry from three-peating and winning the event for the fifth time in the last six years.

Below is how the rest of the field finished in the challenge as well as scholarship.charity money earned. 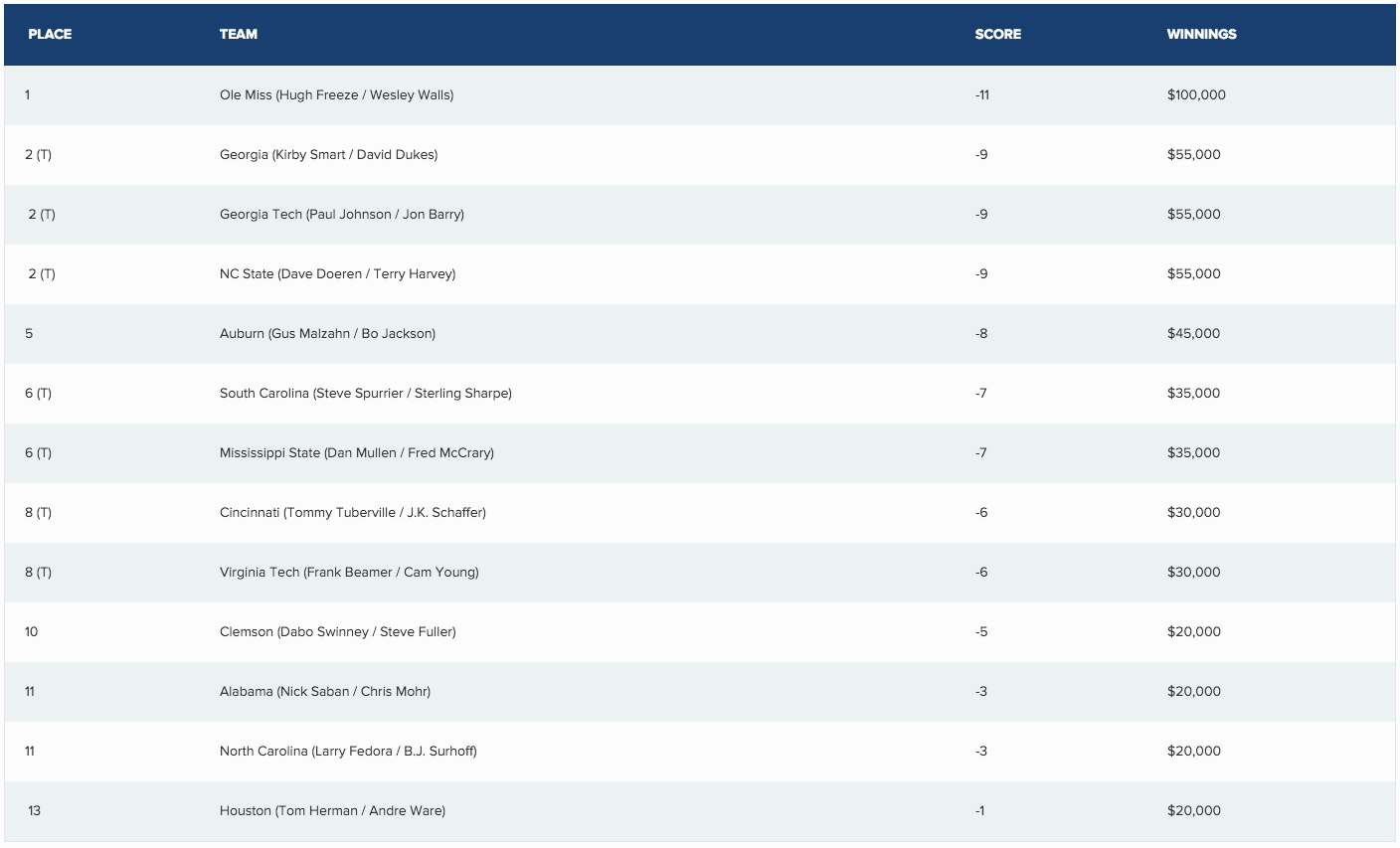