Duke, despite not ever being a member of the Big Ten or Pac-12, has a very unique connection to the Granddaddy of The All, and the football program is set to recognize said connection.

After the attack on Pearl Harbor in 1941, the United States government prohibited large gatherings of people on the West Coast.  As the school wrote in a release, “on January 1, 1942, the Rose Bowl was played for the only time outside of Pasadena, Calif., after Blue Devil head coach Wallace Wade offered Duke Stadium as the host venue. Oregon State defeated Duke in the contest, 20-16, in front of 56,000 spectators.”

To celebrate the 75th anniversary of hosting the Rose Bowl, Duke will wear commemorative helmets in its game against Virginia Tech on November 5 at Brooks Field at Wallace Wade Stadium.

The distinctive Battleship Grey matte helmet will be complemented with a black facemask and a decal replicating a logo used by the 88th Infantry Division of the United States Army that held the nickname “Blue Devils” during World War II. In addition, Duke’s standard black jersey will don an official Rose Bowl 75th Anniversary commemorative patch and, underneath the uniform, the Blue Devils will wear gray Nike Pro three-quarter sleeves and tights. 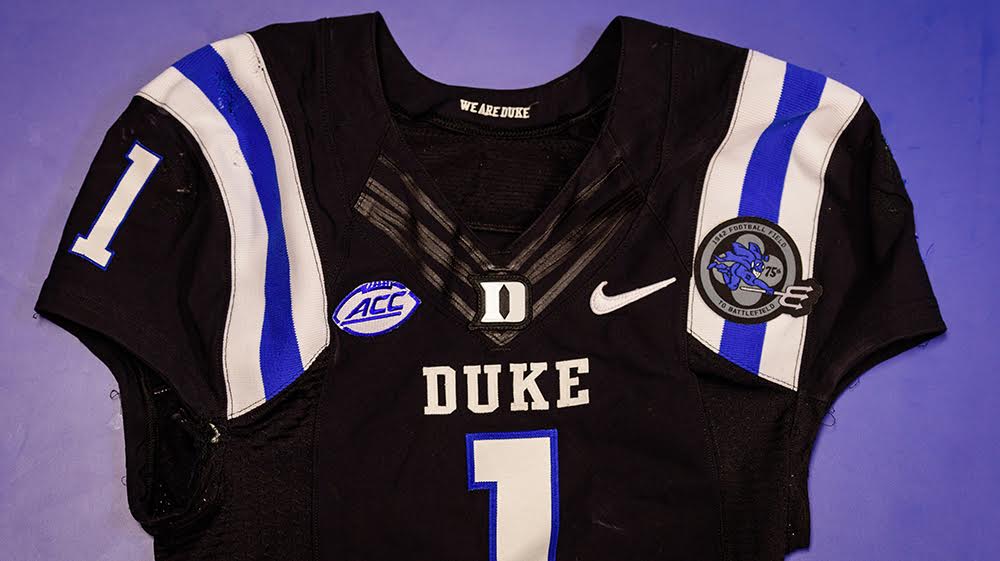