In yet another sign that the offseason is quickly coming to an end and another season is rapidly approaching, the Outland Trophy has become the latest college football award to release its preseason watch list.

Given annually to the nation’s top interior linemen on either side of the ball, the Outland’s watch list this year consists of 81 players from all 10 FBS conferences.  Headlining that group are Washington State senior guard Cody O’Connell (pictured, No. 76) and Texas junior offensive tackle Connor Williams, two of the three finalists for the 2016 award won by Alabama offensive tackle Cam Robinson.

From the release, courtesy of the Football Writers Association of America: 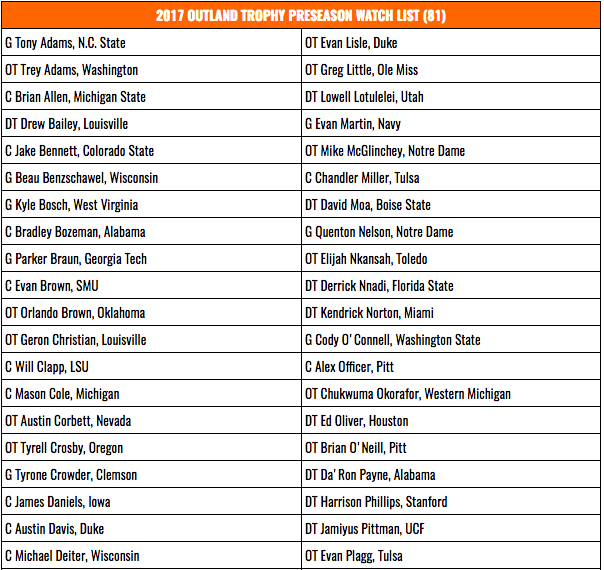 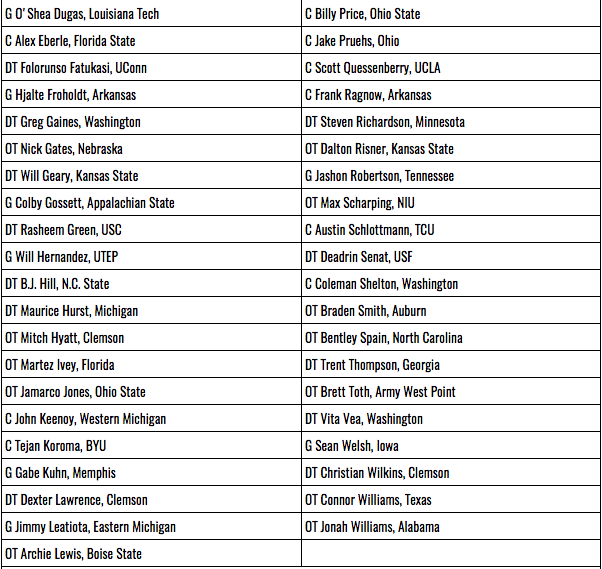