Another day, yet another watch list as the 2017 offseason barrels towards a merciful death.

This time around it’s the Jim Thorpe Award doing the honors, with the trophy given annually to the nation’s top defensive back releasing a watch list consisting of a mere 45 players from all 10 FBS conferences.  Headlining this year’s list are a pair of semifinalists from a year ago, Louisville’s Jaire Alexander and Alabama’s Minkah Fitzpatrick.

The ACC and SEC lead all conferences with seven players apiece selected, followed by the Pac-12’s six and five each for the Big Ten and Big 12.  Conference USA was next with four, while the AAC, MAC and Sun Belt had three and the Mountain West two.

Alabama, Florida State and Stanford were the only programs with two players each selected.

USC’s Adoree' Jackson won the 2016 version of the Thorpe Award.  The other finalists for last year’s trophy were Michigan’s Jourdan Lewis and LSU’s Tre'Davious White.  All three of those players were selected in the 2017 NFL draft. 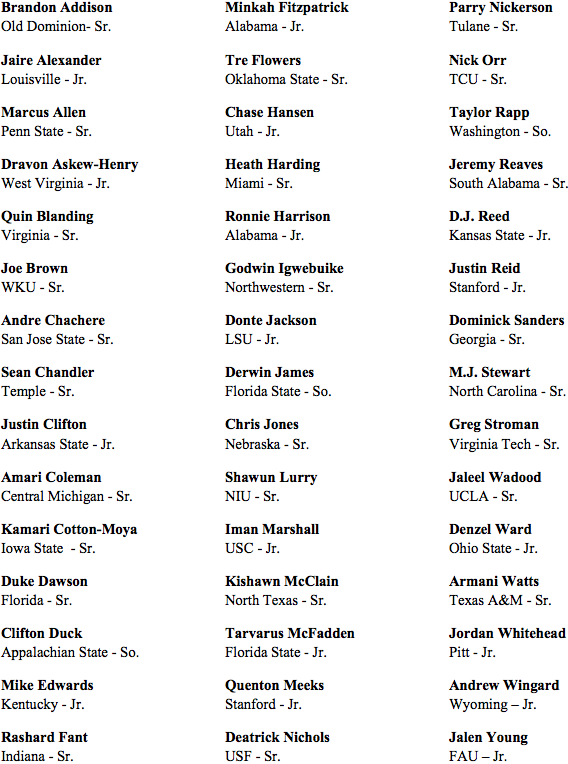