On the cusp of the real start of the 2017 season — apologies to those who participated in Week 0 last weekend — one wagering website has put some finality to one set of highly-anticipated odds.

Back on August 8, Sam Darnold was Bovada.lv‘s favorite to win the 2017 Heisman Trophy at 4/1.  A little over three weeks later, the USC quarterback has seen those odds lengthen a bit to 9/2; that said, he remains Bovada’s favorite for this year’s version of the stiff-armed trophy.

Penn State running back Saquon Barkley remains at 7/1, a number he’s joined at by Oklahoma quarterback Baker Mayfield, who was at 15/2 in the last release.  Louisville quarterback Lamar Jackson, the reigning Heisman winner, has seen his odds go from 8/1 earlier this month to 15/2.

One interesting addition to the board is Derwin James.  The talented Florida State safety has been off the board the past three releases, but is now listed at 25/1.  Also at those same odds are quarterbacks Josh Rosen of UCLA and Mason Rudolph of Oklahoma State.

Below is the complete set of 2017 Heisman Trophy odds, again courtesy of Bovada.lv. 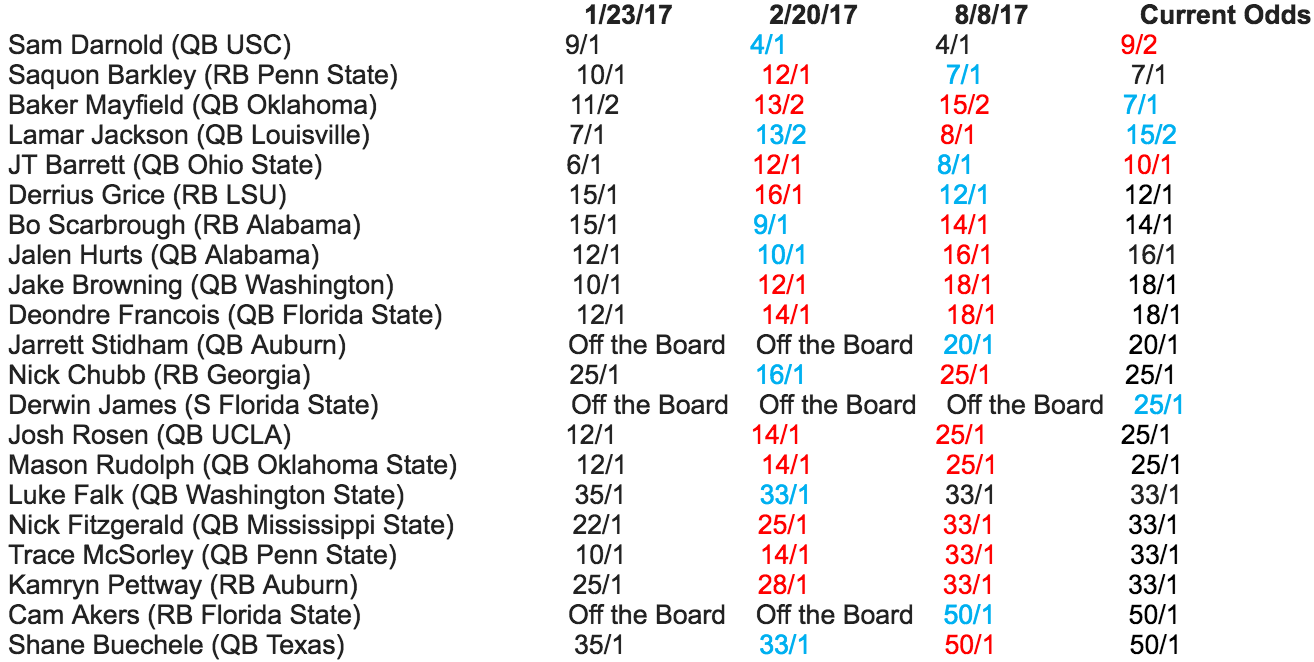