So much for that wagering momentum, I guess.

Entering the 2017 season as not only the reigning winner but also as seemingly an afterthought, a pair of scintillating performances to open the year pushed Lamar Jackson to the head of Bovada.lv‘s Heisman Trophy pack.  Coming off a 26-point Week 3 loss to now-No. 2 Clemson in which he totaled nearly 400 yards of offense and three touchdowns, the Louisville quarterback has seen his odds lengthen a bit from 7/4 a week ago to 11/2 in Bovada‘s latest Heisman release.

Oklahoma State quarterback Mason Rudolph, 10/1 in the previous odds release, is now at 9/1, same as the holding-steady-from-a-week-ago Penn State running back Saquon Barkley.

There’s also, interestingly, one true freshman on the board: J.K. Dobbins.  The Ohio State running back went from off the board to 40/1 odds.  His starting quarterback, J.T. Barrett, saw his odds go from 25/1 to 33/1. 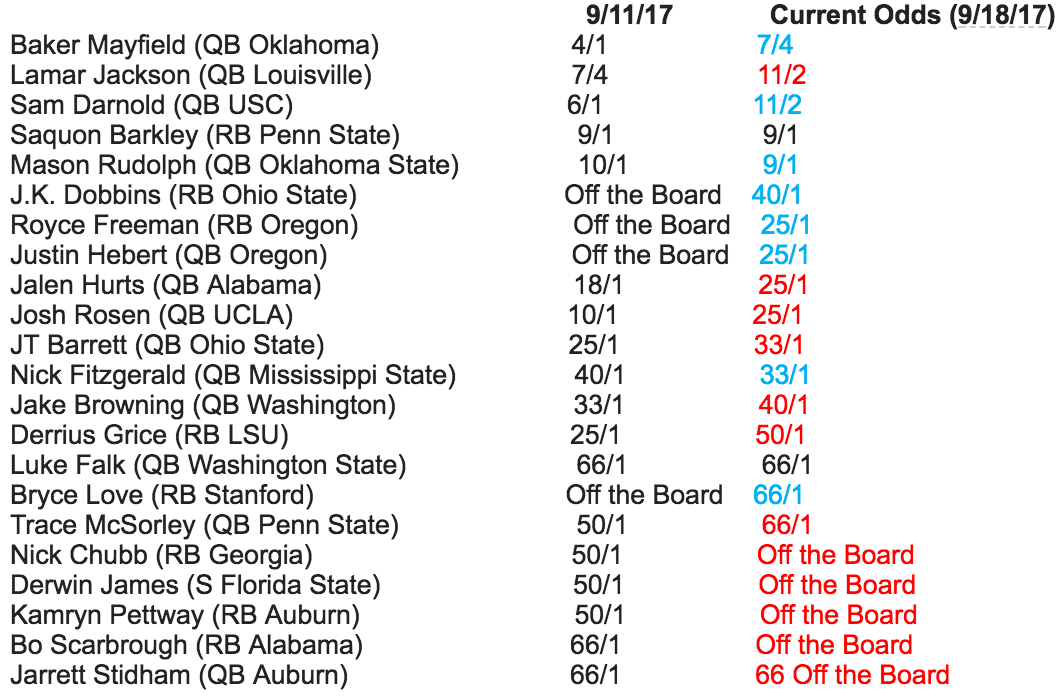