Sorry, Nick.  You’re gonna have to look elsewhere for the negativity you think your team needs.

With Week 4 in the books, Bovada.lv released its updated set of odds for the favorite to win both the 2018 College Football Playoff national championship and the 2018 Heisman Trophy.  In both cases, the new set of numbers have a decidedly Crimson Tide hue to them — Alabama is, at more than a scratch favorite, listed at 5/7 to win the playoff while its quarterback, Tua Tagovailoa, is at 6/5 to claim the latest version of the most prestigious award in college football.

Clemson (4/1), Ohio State (9/2) and Georgia (7/1) are the only teams even remotely in the same neighborhood in Bovada‘s odds.  The next-closest after that trio?  Notre Dame and Oklahoma, both at 22/1.

When it comes to the Heisman, a trio of quarterbacks are at least within shouting distance of Tagovailoa with two-thirds of the season left to unfold — Ohio State’s Dwayne Haskins (5/1), West Virginia’s Will Grier (13/2) and Oklahoma’s Kyler Murray (8/1).

Below is a portion of the latest odds released by Bovada.lv, first for the CFP title and second for the Heisman. 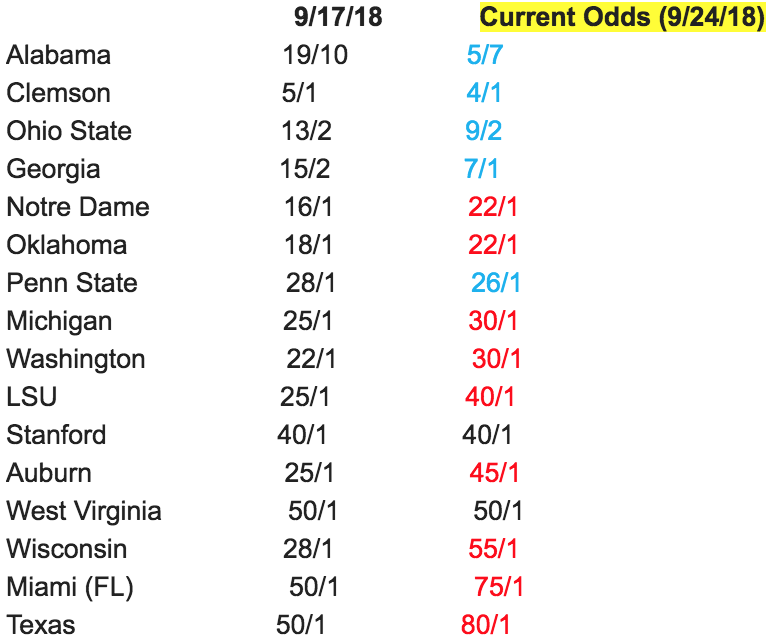 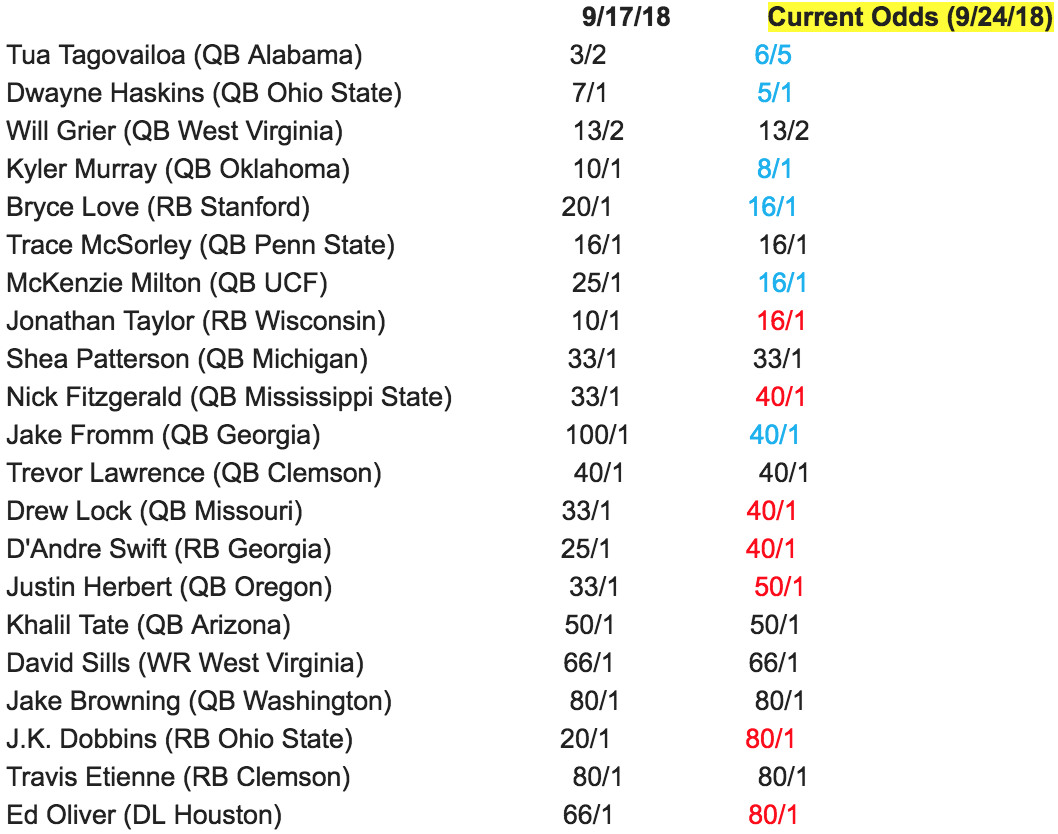